It is without doubt one of the most iconic moments in world sport and this week, after 36 years sitting in a dusty box, a previously unseen photo of the most infamous goal in football history, Maradona’s “Hand of God”, has surfaced in the most unlikely of places…Ireland.

The town of Sligo, located in the northwest of Ireland, can now lay claim to being the home to one of the most famous photographs of a goal ever scored, thanks to an incredible image captured by local man Joe O’Connell all those years ago.

The story of how a photograph of the world’s best player, scoring the most famous goal in history, ended up in Ireland is almost as amazing as the goal itself. Of all the 115,000 fans in the stadium, Joe was the only non-professional photographer to capture the moment and it is the only photo of the goal that was taken from this elevated angle.

The photo is in very rare company. Only four known photos of this moment existed previously, this rediscovered photo now brings that exclusive number to five.

We sat down with Joe to find out how an Irishman found himself wandering around the Azteca Stadium in Mexico ’86 and how he managed to capture the most iconic moment in football, if not sporting, history. Read on for the full interview below. 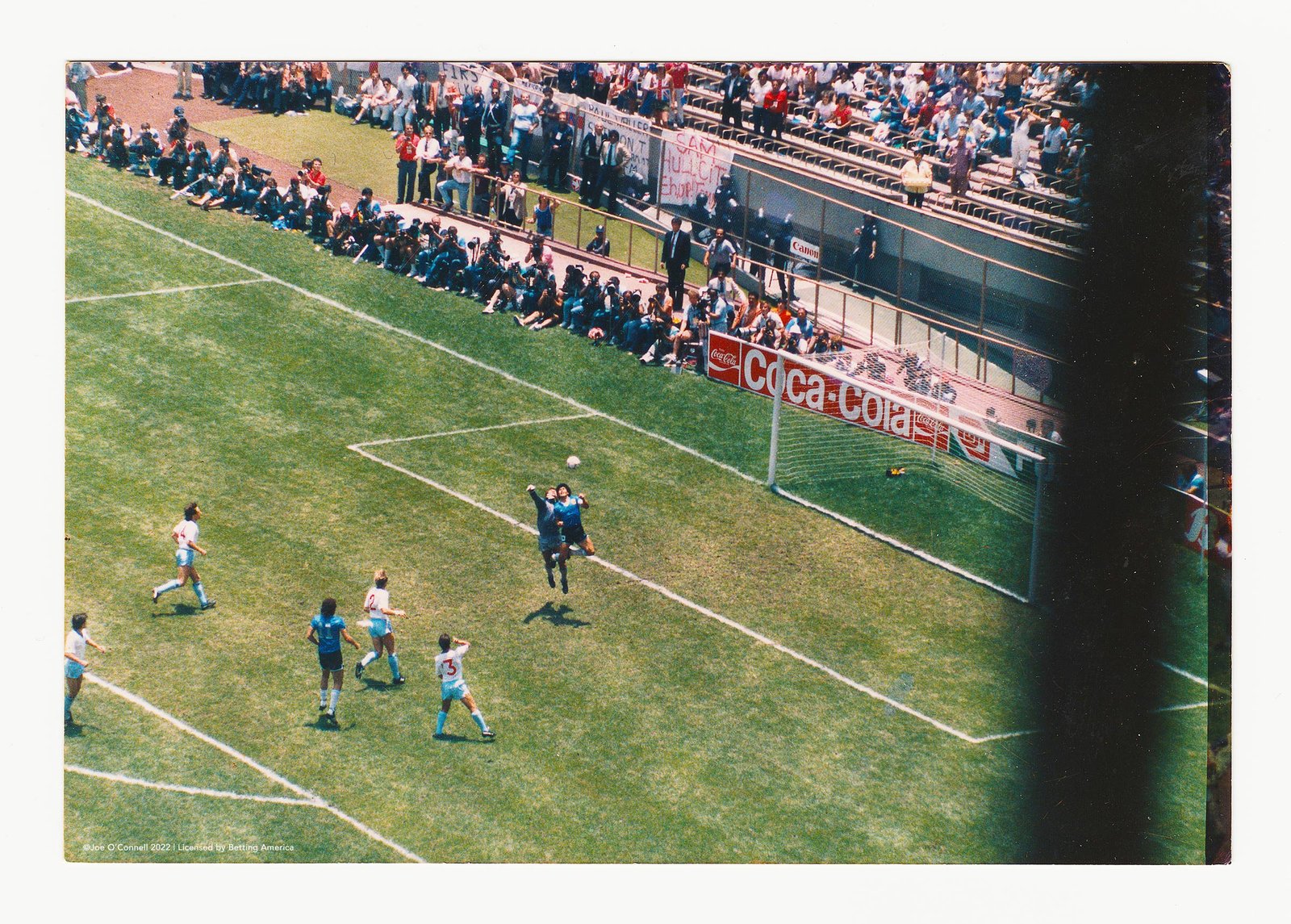 Two of The Greatest Goals In History

The controversial goal happened in the 51st minute of Argentina’s 1986 World Cup quarter-final match against England. Maradona jumped to head the ball but subtly used his hand to get to the ball before England goalkeeper Peter Shilton – the referee and linesmen didn’t realize that Maradona had used his hand and the goal was given.

Just 4 minutes later he went on to score what was crowned the FIFA World Cup Goal Of The Century, with a magical mazey run from the halfway line, gliding past half the English team and slotting the ball into the back of the net past a luckless Shilton.

115,000 fans in Estadio Azteca in Mexico were lucky enough to bear witness to two of the most astonishing goals to have ever been scored in history and of all the fans in attendance, Joe was the only non professional photographer to capture this moment. He also captured a few other photos from the match that can be seen below. 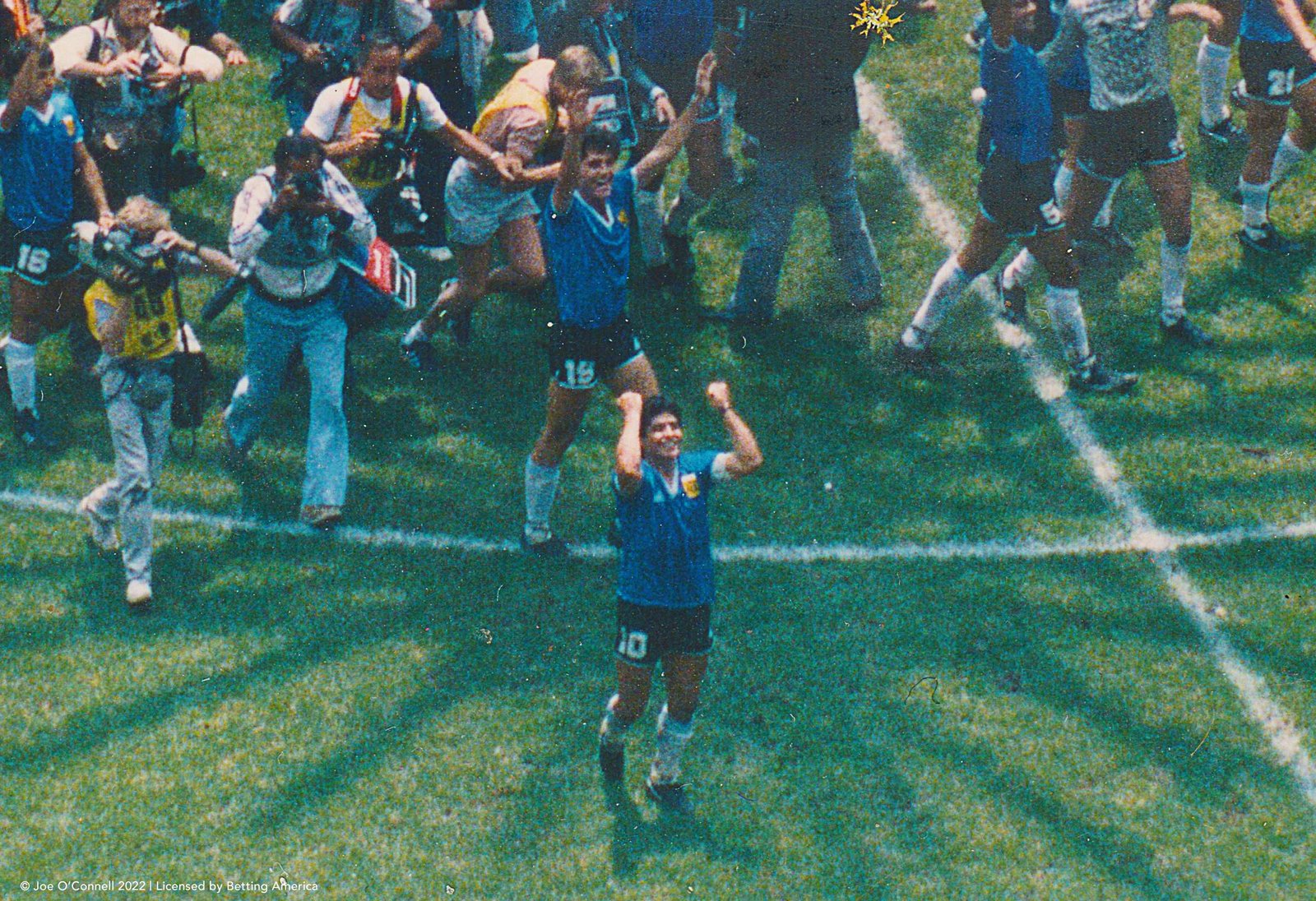 Interview With The Photographer Joe O’Connell

Betting America: This is an incredible photo Joe, before we get into it, first tell us how you came to be in Mexico in 1986 for the World Cup, considering it was such a long way to go for an Irish person?

Joe O’ Connell: We were on holiday in Florida with some family relations who lived there. We had the option to either go see Barry McGuigan boxing in Las Vegas, or go to see some games of the World Cup in Mexico City. Being a football fan, and being so close to the World Cup, Mexico was too tempting to pass up. A contact in the British Embassy was able to help in sourcing tickets for 2 of the games, England vs Argentina and Belgium vs Argentina.

BA: What was the atmosphere and general feeling around before the game?

J’OC: The atmosphere was brilliant, despite only being 10 months after an earthquake had hit the city. The night we arrived, Mexico were knocked out of the World Cup but the celebrations were brilliant. We could see fans from all different backgrounds in good spirits and enjoying the occasion. In the Azteca Stadium, we were sitting amongst a number of Brazilian supporters, where you could feel the South American passion for the game. 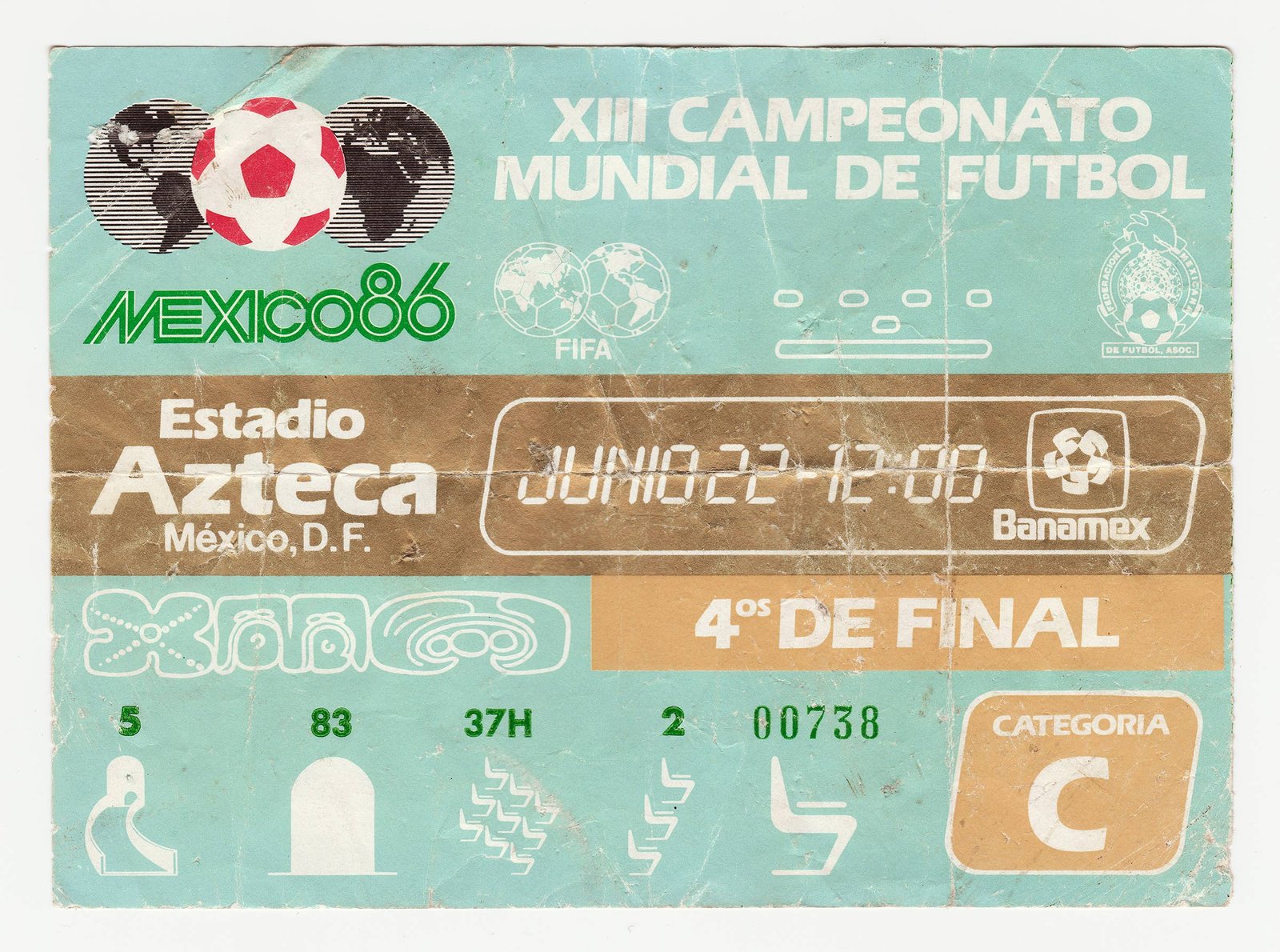 BA: So back to the photo, it’s remarkable timing, tell us, was it anticipation, luck or a bit of both?

J’OC: It was pure luck! Firstly, that photo might never have been. I had only borrowed a 35mm camera from a friend before leaving Sligo (Ireland), to take some holiday snaps to remember…needless to say this was decades before the days of smart phones with cameras! I actually had no idea how to use the camera properly, and had to go to a store in Florida to be shown which film was needed for it, and how to use the functions on the camera. Secondly, I was watching the game and was sporadically taking photos throughout the game. I hadn’t anticipated it might come about at that moment, as I assumed Shilton would be able to out jump the 5′ 5″ Argentinian maestro. It was only after hearing the stadium erupt that I figured Argentina had somehow scored.

BA: Could you believe your luck when you realized what you had just captured Maradona’s Hand of God?

J’OC: At that moment, I had no idea that such a significant goal had just been scored due to the language barrier around me. I knew Maradona had scored somehow, but not the context of how the ball made its way into the English net. It was much later that night after seeing media coverage and replays of the goal itself that I wondered whether I might have caught that controversial moment of football history. A few days later, after I got the film developed, I realized that I had got so close to providing definitive proof that his hand had indeed steered the ball towards goal.

BA: How did the stadium react when the ball went into the net?

J’OC: The place erupted. Both sets of Argentinian and English fans were going wild. My initial reaction was low key as I had just assumed a normal goal had been scored. The Brazilian fans, that I was amongst, kept pointing to me and tapping and waving their hands to me. I didn’t really understand what they meant, I just presumed they thought I was English and were having some friendly banter with me after conceding a goal.

The atmosphere was electric, I’d never experienced anything like it. It was impossible to get much by way of conversation from the Argentinian fans due to the fact that every Argentinian in the whole stadium was euphoric. After the second goal went in they did nothing but cheer, chant and sing for the rest of the game. It felt like something much greater than a football match had just occurred.

J’OC: I hadn’t thought much about it when he gathered the ball just inside his own half. It was only after he glided by a couple of players and approached the English box that I wondered what he might be able to do against the English defence. Seeing how natural it was for him to dribble past top players and score such a truly wonderful goal on the biggest stage in world football, you could tell you were seeing a talent that might only come about once every generation or two. It was quite an unbelievable moment. For me, that moment was far more memorable. It was only later I realized the significance of the “Hand of God” goal.

BA: So who are you tipping for the next world cup?

J’OC: Unfortunately, since Ireland isn’t in the World Cup, I won’t feel as strongly about the event this time. I’ll watch some matches as the time difference here and in Qatar isn’t too inconvenient. It will be odd watching a World Cup in winter though! Regarding the teams in it, the Germans are always strong contenders and the Brazilians look to have a very good team, but in the context of the Hand of God photo, there would be a sense of things coming back full circle if another Argentinian No.10 and one of the greatest players to play the game, Lionel Messi, was to guide Argentina to World Cup glory in what will be his last World Cup appearance. I think that would be quite fitting. 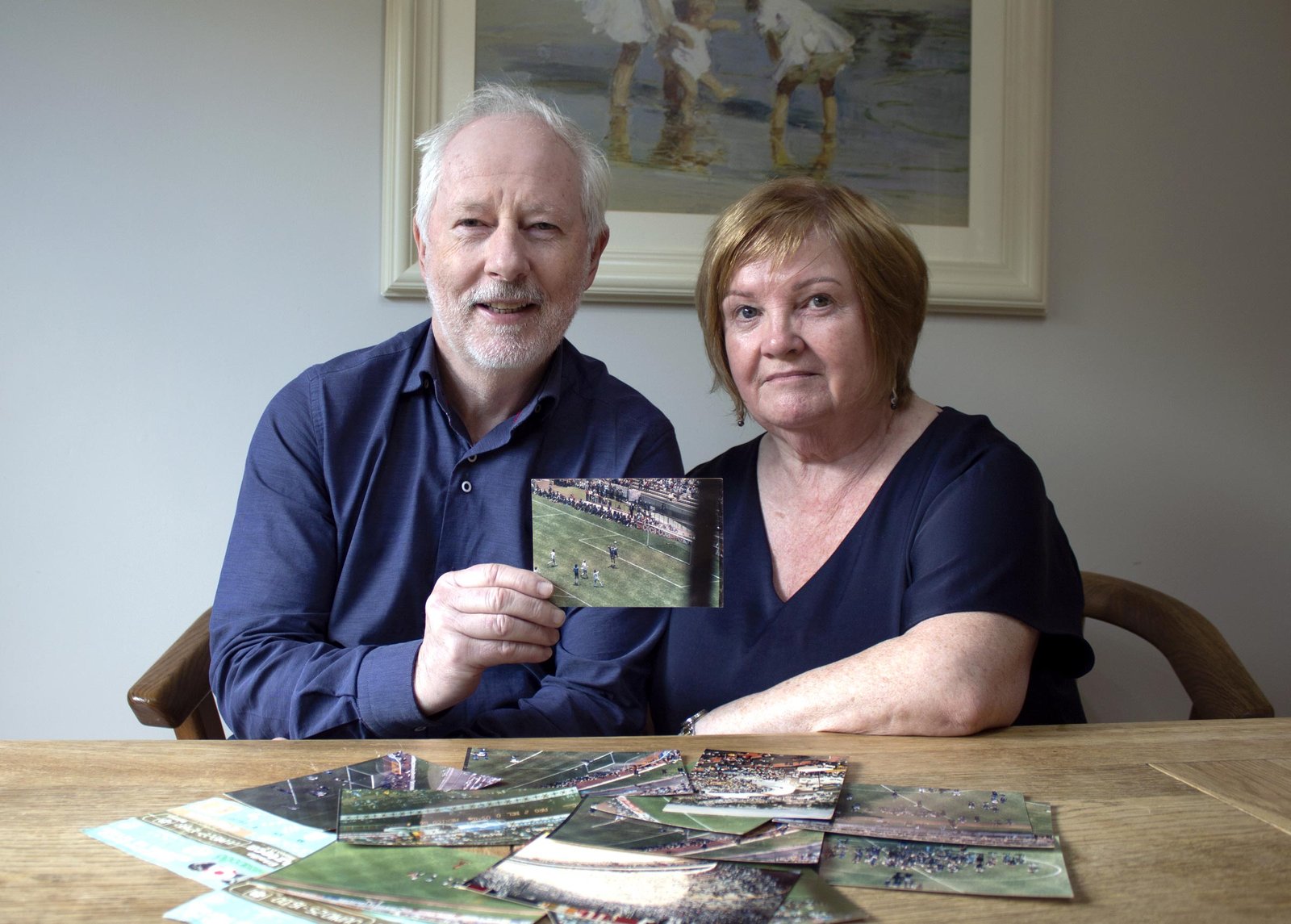 The magic of Maradona still endures. We were lucky enough to get to hold and look through the original versions of these wonderful photos, and having the physical photos of such an iconic moment in your hand truly feels like a national treasure. Hopefully the digital versions we have published do some justice to this awe inspiring moment in world football history. Have a browse through a few more of the photos from that day below. 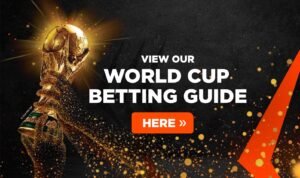 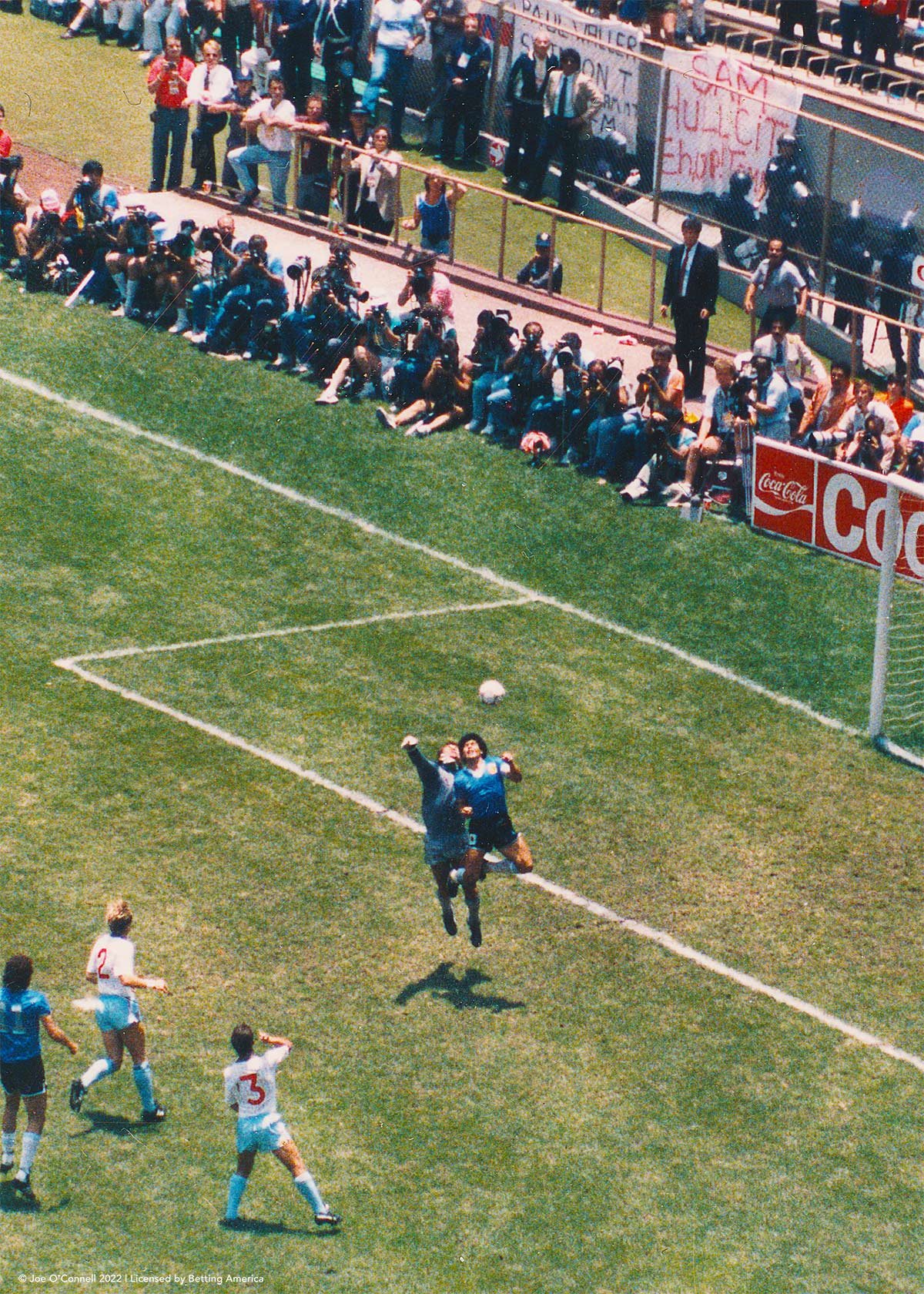 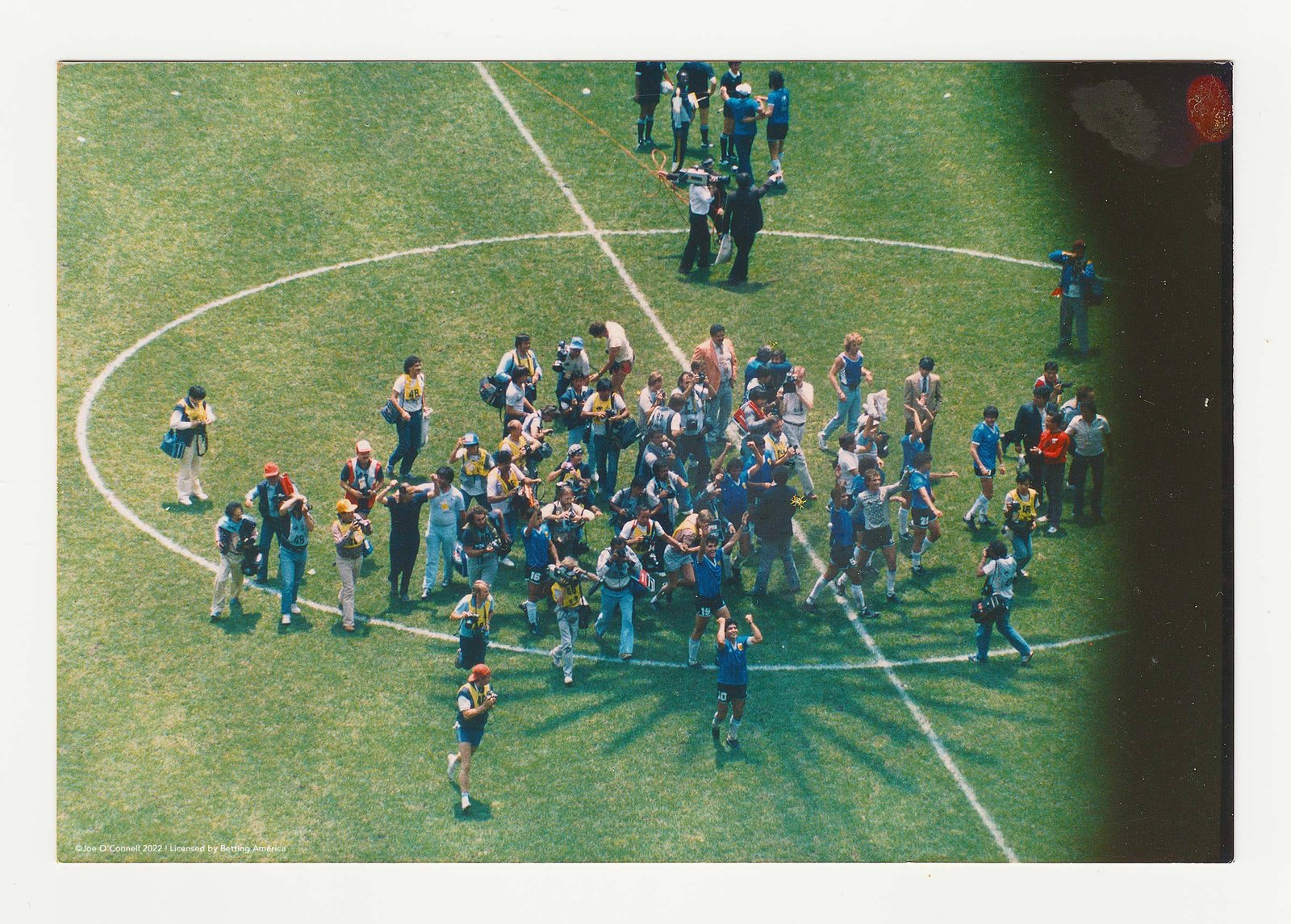 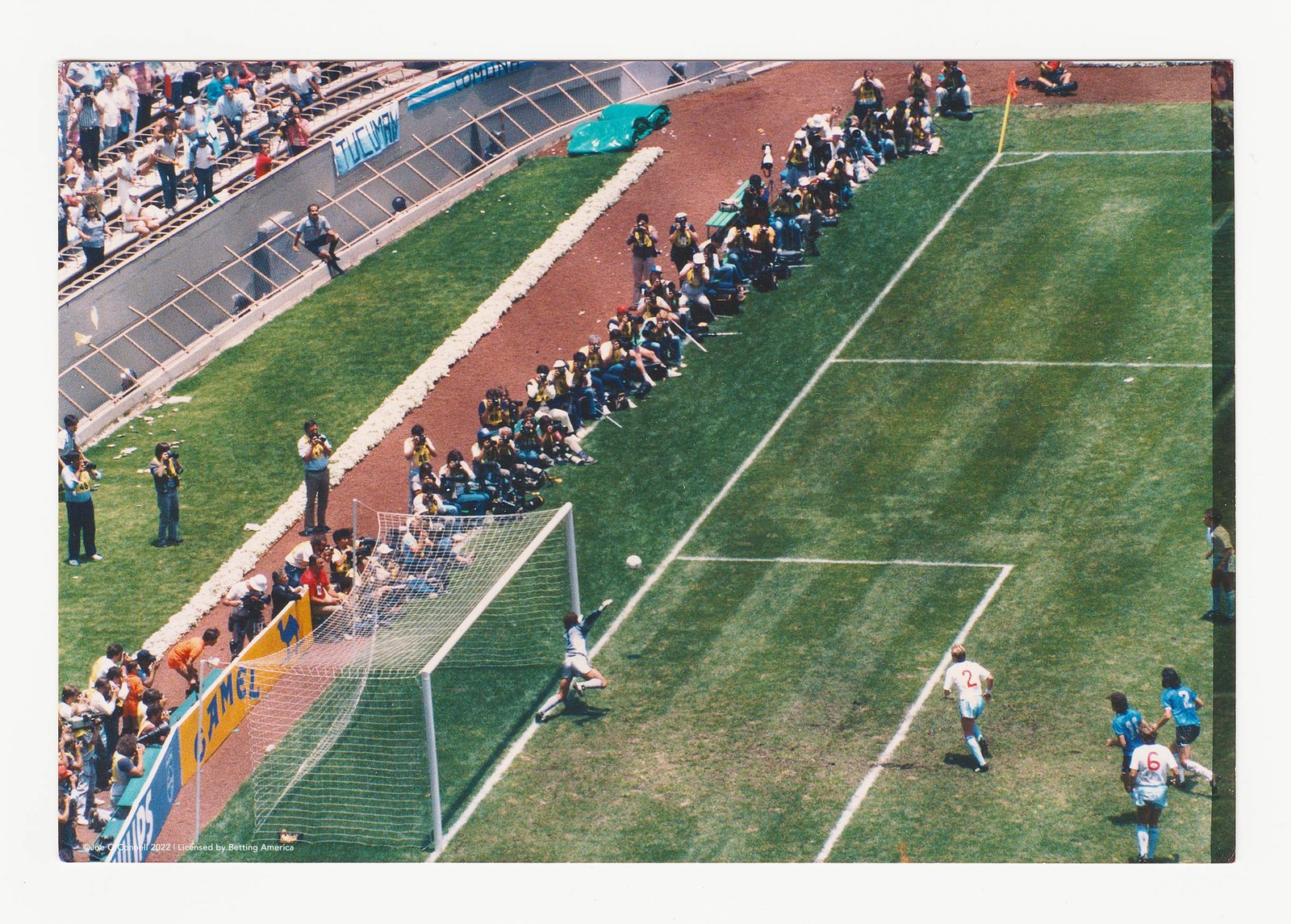 NBA Betting Odds and Picks for Sunday – Previews and Predictions

Who Is Mattress Mack? The Man Behind The $75 Million World Series Winning Bets